Financially speaking, February was a really good month for us!  I had some overtime on my paycheck to start the month off with and easily paid all of our monthly expenses ahead of their due dates.  Our power bill was much lower than the one we had for January the previous year and that made a huge difference as well.  I actually did a happy dance when I received that.  So far our electric bill has stayed well below $200 this winter, sure couldn't say that last year, and I expect it to only get lower as we head further into the year.  Hurrah!

For groceries I did really well in February.  I was able to get some really good prices on produce and meat finding lots of good markdown items as well as great sales.  I stocked up on steak as well as ground pork and sausage.  At the end of the month I had some extra money leftover so I set it aside for March's grocery budget and when a great price on pot roast showed up at the end of the month I was able to use some of that money to stock up on that as well. 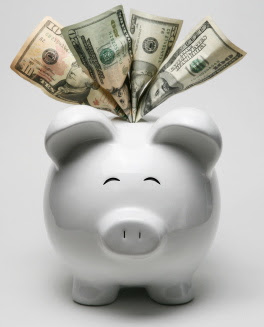 In January I had prepared my income tax refund and got it filed by the end of the month.  On February 22 I received both my state and federal refund deposited right into my checking account.  First think I did was transfer the amount I wanted to add to my savings account and emergency fund as well as an additional amount to complete my latest financial goal.

Laverne is PAID OFF!  I had paid myself back for everything but the amounts I'd spent on updates and supplies by the end of January so when I received my tax refund I added that amount back into my savings as well.  I no longer owe myself any money for what I've spent on my motorhome!  Yipeeeee! 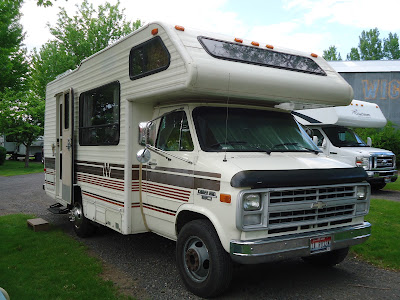 Even after all of that I still have money left.  I'm going to sit down when I have a spare moment to decide what I'm going to do with that.  With February as a short month I'll be starting March off with a paycheck minus a couple of days on it so I might give myself a break and just use it to make up the difference.  That is one nice thing about getting your tax refund in February.

So there you have it.  A financially fantastic February!  Say that fast three times!

Email ThisBlogThis!Share to TwitterShare to FacebookShare to Pinterest
Labels: Budget And Finances, Retirement