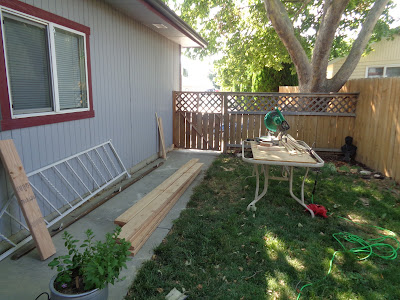 Sunday we worked way too hard on our latest project, but we got a ton done.  After putting in a full day of work we called it a day, showered, put on clean clothes and I took my youngest on a Mommy/Daughter date.  It had been a while since she and I had done that and we were due.  We had a very nice time at Sizzler, her choice, enjoying a nice dinner, reflecting on the project we were working on and chit chatting about all kinds of stuff.  We relaxed and just had a really nice time.

Monday evening after I got home from work she helped me swap out the bedroom light and hang it in the dining room and install the new one in my bedroom.  Only took us half an hour to get that job done and we are quite pleased with the results.  Our dining room is now officially finished as is our entry way, kitchen and living room.  Four rooms down and only..... yeah we are still a ways away from making it through the whole house.  But we are gaining on it!

Tuesday we took the evening off from projects, got caught up on laundry and a couple housekeeping tasks and that was it.  We were both pooped out and needed a break.  And clean underwear.  We folded laundry in front of the TV and called it a day.

Wednesday evening we set out all of the bins at the curb for pick up early Thursday morning.  Our good friends stopped by to check out our progress again on the house.  We got a big thumbs up.

Thursday evening I finished tearing out the last of the old carpet downstairs.  I got it all off the stairway landing and out of the hallway.  I pulled up the rest of the padding, pried up all of the tack strip and removed the staples too.  I filled up another one of our neighbor's trash bins.  I am super grateful to her for letting us use her bins the past few weeks.  She has no idea how much that has saved us, not only in dump fees, but in time too.

Friday my youngest babysat so after she left I got busy picking up where we had left off on Sunday with our latest and by far the largest project we have undertaken thus far.  I'll be sharing this one in a two-part post coming up fairly soon so be sure to watch for that.  When she got home she was pretty impressed with all that I got done.

Saturday morning I was up and at it bright and early once again.  After a quick cup of coffee I headed out to do some grocery shopping for the first time in nearly two weeks.  I'm continuing my $20 a week challenge through August and I was a little excited to see how much I could get for my twenty bucks that day.  I think I did pretty well!

After hitting Fred Meyer I dashed into Home Depot real quick for a couple of items I needed and then home to put away my grocery haul.  After that the youngest and I jumped into the truck and headed off to Restore, the Habitat For Humanity thrift store, to see what we could find for another project I have in mind.

We also hit a couple of thrift stores along the way and managed to pick up a pair of brand new black Wrangler jeans for my youngest to wear to school, only $4.99!  I found a basket to hold all of the kitty toys so we no longer need to have them all piled up under the TV.  It was $2.99, but the 1/2 price tag color of the day, so only $1.49.  The young one found a darling little tea candle lantern that she fell in love with.  It's the first time she's wanted a decor item and for $1.99 I had no problem buying it for her.

After not finding anything at the Habitat thrift store we made our way over to another Restore on the other side of town.  It had many more options of what I was searching for.  We came home with two glass cabinet doors for $6.00 each.  It will be a while before I start this project, but it feels good to have two of the major components I needed already for when I do.  I'm super excited about it.

After Restore we went next door and perused the antique mall for a while.  We had a lot of fun looking at all the neat things they had there.  Then on the way home we drove through McDonalds to get the girl a vanilla ice cream cone.  She was pretty pleased about that.

I cut the top off of my tube of body cream in order to get to what remained inside, which turned out to be a lot.  I also rinsed out the laundry detergent bottle to make sure I got all of it out as well.  There was enough soap for half a load so I just topped it off with some from a new bottle. 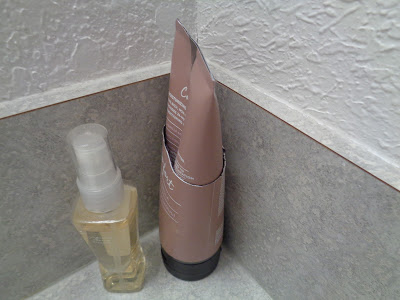 The young one and I picked green beans from the garden and had enough to fix for supper.  We also picked a nice sized zucchini from the one plant we grew.  A friend of ours gave us more zucchini and yellow squash.


How was your thrifty week?