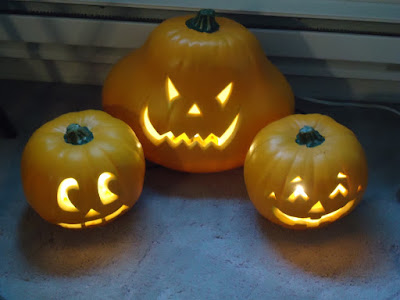 Like the week before this last one sped right on by.  October has a tendency to be our busiest month by far.  It is full of activities right up to Halloween, including the huge push this past week leading up to the big district wide band competition on Saturday, which I love!  Plus the high school football team made it into the play offs so we had an extra game Thursday night to add to the mix.  Friday my youngest had a Halloween dance at her school.  So yeah, it was a little crazy around here. 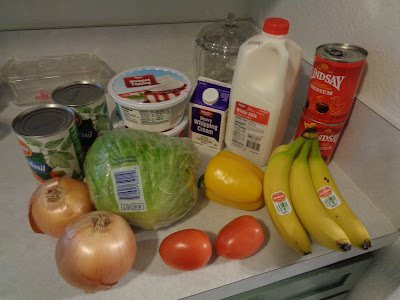 Sunday we headed out early to pick up groceries as it turned out to be the only day for that to happen.  I didn't get much, mainly some produce and a few items to round out the weekly menu plan.  To save some money I made some slight alterations in order to use items we already had and it worked out just fine as you will see when I update you all on that. 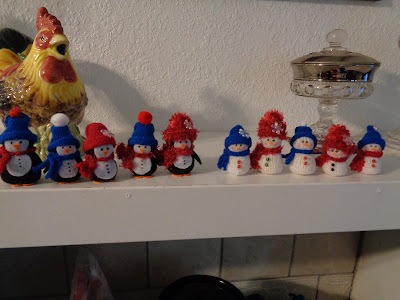 We spent an entire afternoon and into the evening, all three of us girls, sitting around our extra folding table in the living doing Christmas crafts.  It went so well the girls decided to make more and we stopped at Walmart to pick up more gloves, felt and glue sticks Monday night after band practice. 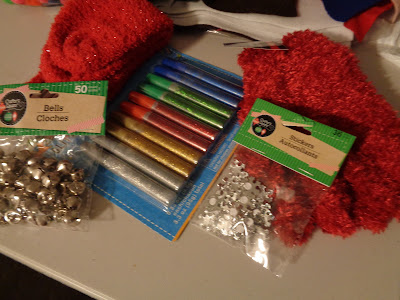 While at the dollar store I also picked up a package of Christmas cards since my printer is beginning to show its age and I probably won't be making my own this year like I had originally planned.  The ones I picked out are fairly nice so I'm okay with it even though I'd much prefer to make my own. 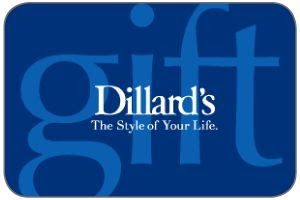 Wednesday evening I redeemed all of my accumulated rewards points on my credit card for gift cards.  A Red Robin card to take my girls out to lunch, Home Depot for Laverne supplies and Dillards for clothing when they have their big clearance sale at the end of January.  I still have some gift cards in my stash to use and I'm going to make a point of doing just that.

Thursday was the football game and Friday the Halloween Dance.  We dropped off the youngest and her friend first and then the oldest and I headed off on our "date".  We had a coupon for one our favorite restauants so it only ended up costing $13 for dinner.  Afterward we went to Winco to do our grocery shopping for the week ahead.  We took our time so we could pick up the girls from  the dance on the way home and save an extra trip.

Saturday morning we did more Christmas crafts and you're going to want to check back tomorrow to see what we made.  More cuteness!!!

Saturday evening was the band competition.  I had bought my tickets ahead and saved $2 plus the band got a share of the proceeds that way.  We ate a late lunch just before we left to save on concessions as they are extremely expensive at the stadium.  Don't tell anyone but I also snuck in a couple of water bottles too.  It really bothers me how much they charge for a small bottle of water.  They should be ashamed of themselves.

We ground up the rest of the ham I had cooked to make Ham Salad.  I put up two containers of ground ham in the freezer to use later and whipped up a nice size bowl, or at least I thought it was, of Ham Salad.  My girls seriously love this stuff and it was gone in two days. (sigh)  I didn't even get to take a picture of it before they were diving right in.  Good think I had my fingers out of the way.

We also did the other usual thrifty things too.  I washed out a two gallon Ziploc bag to reuse.  We gave the chickens lots of kitchen scraps.  The neighbors let us use their compost bins again this week to fill up with branches and set at the curb.  And that was that.