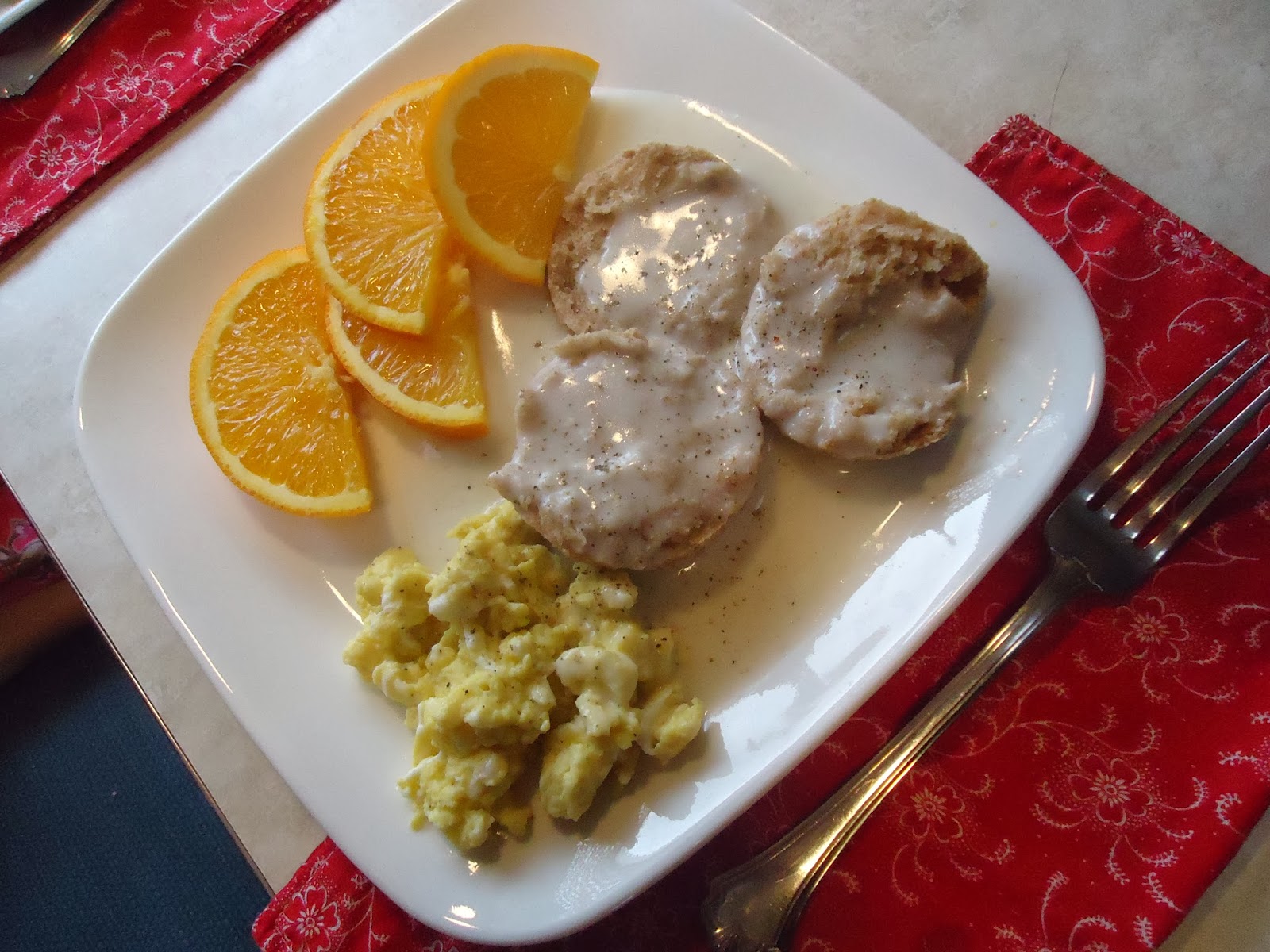 I made biscuits and a simple country gravy to go with sliced oranges and scrambled eggs for our Sunday breakfast.  For mere pennies we enjoyed a scrumptious and very satisfying meal on a cold winter morning.

I cut the bargain ham in half putting one part in the freezer for later down the road.  I thinly sliced some of the other half for sandwiches for the girl's school lunches this week.  I put the rest away in the refrigerator for future meals.

Monday I stopped at Albertson's on my way home from work and did a little jumpstart shopping for February.  My youngest was excited to see that I bought her ten packages of ramen on sale for 2/25¢.  In our house that is considered a treat as I don't especially care for them, nor do I see a lot of nutrition in a package of those things.  But Super Mom prevailed. 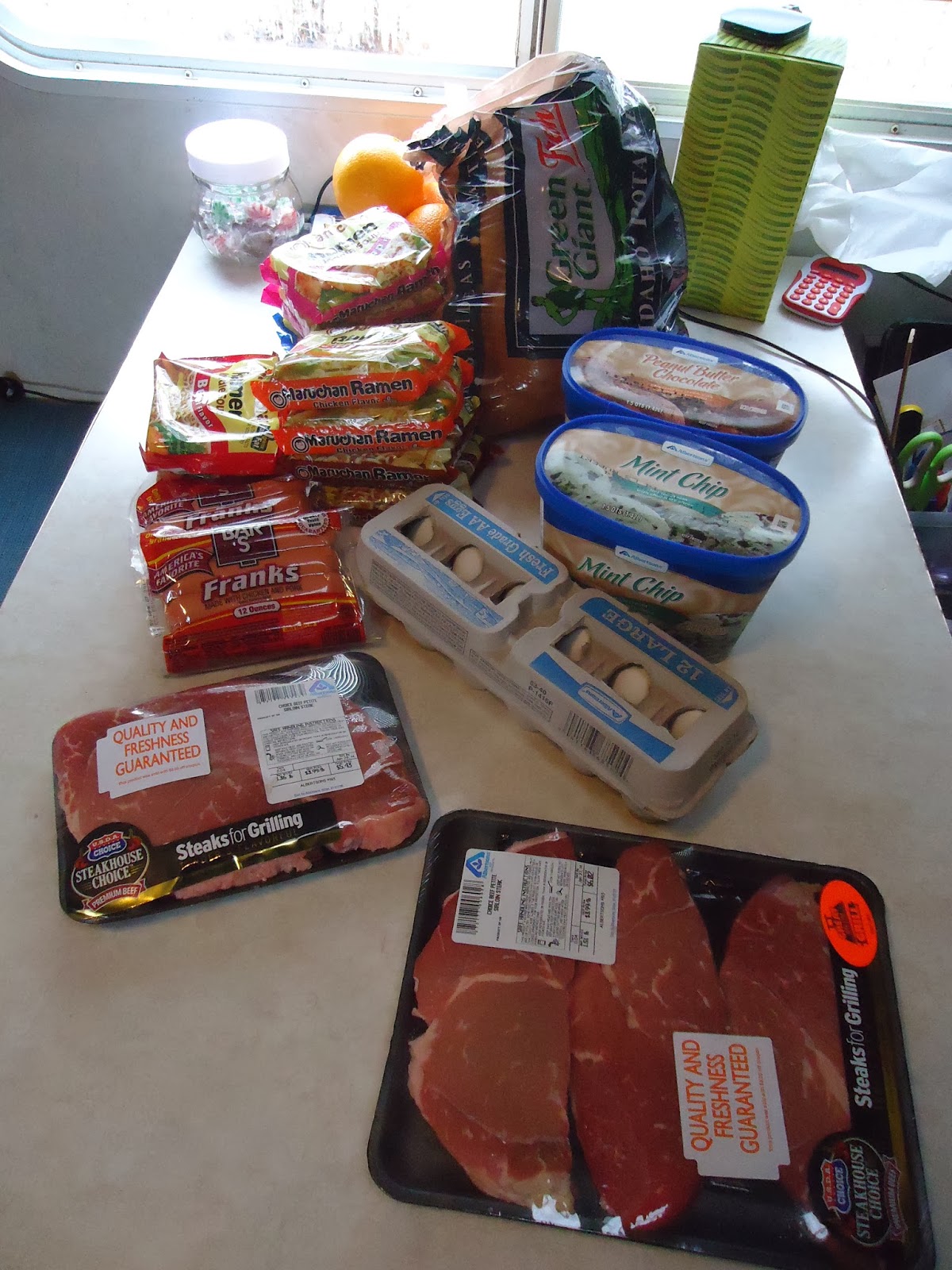 My best bargain was two packages of sirloin steaks that had tear off $2.00 coupons on them.  I was able to get five steaks, two of which are HUGE, for $7.45.  For us that will make at least five meals.  I was hoping for a steak sandwich in my future. J

My friend blessed me with a thick stack of coupon circulars she had saved for me.  Thank you very much!

I made a pot of coffee last three days.  That was amazing!

Even more amazing, on Saturday afternoon, while the youngest spent the day with Grandma, the oldest and I headed out in search of a freezer.  In less than an hour we found one at Home Depot for a mere pittance.  More on that later.

I made some more soap refill for our foaming soap dispenser in the bathroom.  2/3 cup warm water and 3 tablespoons of liquid soap stirred together.  Super easy and thrifty too!


What great thrifty accomplishments did you have last week?
Posted by Thrifty Mom In Boise at 6:29 AM