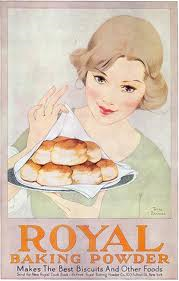 Every time I went to visit my grandmother I would pour through her cookbooks and write down recipes I wanted to try.  As I did she would often share some little remembrances about a certain recipe.When my grandmother passed away in 1999 I inherited her collection of cookbooks and recipes.


Traditions are celebrated with food, as we all know, which makes them rather special.  We have a long list of things we make and serve to celebrate certain occasions.  But every day foods, in particular the biscuit, are special in their own right.  Especially when they are golden, light and fluffy and downright delicious.


My grandmother had her mother's recipes and cookbooks, which I also inherited as part of her collection.  In fact, my most favorite cookbook belonged to her.  It was so old and well used that I photo copied every page and fit it into a new binder full of page protectors.  The original is put away for safekeeping.  This cookbook is the one I use the most.  It also holds the biscuit recipe.


Place flour, baking powder and salt into large mixing bowl.  Whisk together with a fork.  Using back of the fork cut butter into flour thoroughly, until it resembles coarse meal.  Add milk and stir to just to combine.  Scrape dough onto well floured board.  Knead lightly with flour until dough is no longer sticky and you can easily pat out a circle about 3/4 of an inch thick.  Use round cutter or glass dipped in flour to cut out biscuits.


Place on lightly oiled baking sheet.  Bake at 400° for 15 to 18 minutes until tops are golden brown.  Do not over bake.


My grandmother told me that when times were tough, as they often were when she was young, and they had no butter they would spread bacon grease on their biscuits.  It didn't sound too appetizing to me but she insisted that it tasted pretty good when you were hungry.  I imagine so.
Posted by Thrifty Mom In Boise at 7:46 AM

Email ThisBlogThis!Share to TwitterShare to FacebookShare to Pinterest
Labels: Recipes